What is meant by the term “Conventional Fire Alarm System”?

When referring to fire alarm systems, you will most likely hear the term “a conventional system”. If you do not work within the fire industry, you may not understand what is meant, by the term conventional.

A conventional system is a fire alarm that identifies the activated detector or manual call point by a zone LED, this is different to the text message shown on an LCD display used for on an addressable system.

See the Video of a Conventional System in Action

In the example shown in the video, a smoke detector is activated on the ground floor. You will observe that the red LED indicating a fire activation is now illuminated, along with another red LED in zone 1. If you look at the zone listing below, you see that zone one is “Ground floor”.

Let us now activate another detector, but this time on the first floor. You will observe that once again the red fire LED has illuminated; however, this time it is the red Zone LED for Zone two. Zone two on the zone listing is the first floor.

As you can see, the information produced by the fire alarm control panel is very basic. The user would have to search the zone/area to either locate the activated device or the fire. This would increase the “seek and search” time and especially if there are many devices on the system.

This is the reason we would advise that conventional systems should not be used in large buildings or systems with lots of devices or devices that may not be accessible.

However, some conventional systems are still in demand.

Due to the reduced cost of small addressable fire alarm systems, more fire alarm companies are restricting the number of conventional systems installed, in preference to addressable systems.

However, there are a few types of conventional systems still in demand; one is the “two wire” or “Twin flex” type system, these systems are very cost effective when using for small budget systems, and other is fire suppression systems, where conventional systems are still the preferred choice at the moment. Addressable systems were increasing in popularity for fire suppression systems, but this appears to have stopped due to the enforcement of the European CE standard. Many manufacturers were not prepared to pay to have their fire suppression addressable fire alarm equipment approved by a third party, therefore, they have withdrawn the products.

Fire Alarm Faults can prevent the system from working when needed 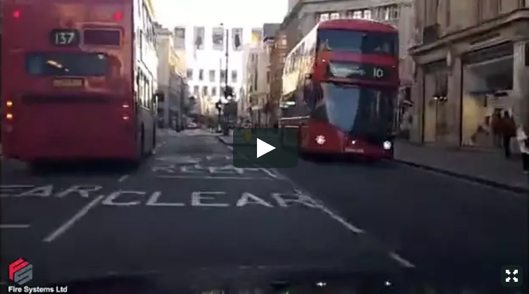 What are some of the benefits of an Addressable Fire Alarm System?

Where to use a Conventional Fire alarm instead of Addressable